Johnny Bonds is a former homicide investigator who stars on Oxygen's Cold Justice.

A retired Homicide Detective from Houston, Texas, Johnny Bonds has been working on "Cold Justice" since the beginning. He started his career in Law Enforcement in 1967, and became the youngest Detective promoted to the Homicide Division at the age of 25. After eight years in Homicide, he worked in other distinguished divisions including Fugitive Detail, Internal Affairs and SWAT. His defining case was solving the gruesome triple homicide of the Wanstrath family in 1979, and he became coined ‘The Cop Who Wouldn’t Quit.- Johnny attempted to take an early retirement, but quickly realized that the only thing he’s really good at is being a cop. He came back and began working for the District Attorney’s office as one of their Investigators where he met Kelly in 1989. He became her Primary Investigator and they worked closely together in the Special Crimes unit. In his 41 years in law enforcement, Johnny has spent the majority of his career working on homicide cases and has handled over 1,000 homicides and spoken to hundreds of killers. His specialty is interrogations and he has a keen sense of getting people to talk. 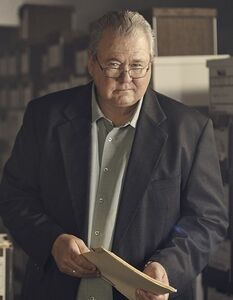 Retrieved from "https://cold-justice-franchise.fandom.com/wiki/Johnny_Bonds?oldid=3686"
Community content is available under CC-BY-SA unless otherwise noted.