Kelly fought for justice for Harris County residents and crime victims for over 21 years until she resigned from the District Attorney's office in May 2008.

Kelly has been licensed as an attorney in the State of Texas since 1987. Since that time, in the more than two decades she worked as a prosecutor, Kelly rose through the ranks to become the Bureau Chief of the Special Crimes Bureau, which includes the Major Offenders Division, the Major Fraud Division, the Identity Theft Division, the Asset Forfeiture Division and the Consumer Fraud Division.

Kelly has prosecuted some of the toughest cases with some of the toughest criminals Harris County has seen. And she has done so against the most formidable and respected criminal defense attorneys in the state. She has tried approximately 200 jury trials and is not only respected for her ability in the courtroom but also sought out as a speaker and expert in effective courtroom advocacy. She has lectured all over the country on topics such as, "Final Arguments," "Jury Presentation," "Arguing Effectively for a Death Sentence", and "How to Pick a Jury."

Kelly has tried twenty capital murder death penalty cases and secured the death penalty in nineteen of those trials. A fierce advocate on behalf of crime victims and their families, she also has the respect of members of law enforcement agencies, not just in Harris County but also nationwide.

Kelly was raised in Blessing, Texas, a small town of 900 people in Matagorda County where her father owns a barber shop and her late mother managed several restaurants during her lifetime, including the historic Blessing Hotel. After Kelly graduated as the valedictorian from Tidehaven High School in El Maton, she attended the University of Texas in Austin and received her degree in International Business in 1984. She received her law degree from South Texas College of Law in 1987. 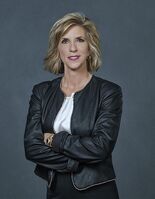 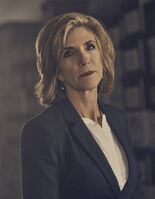 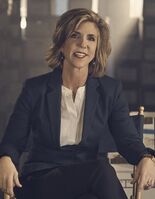